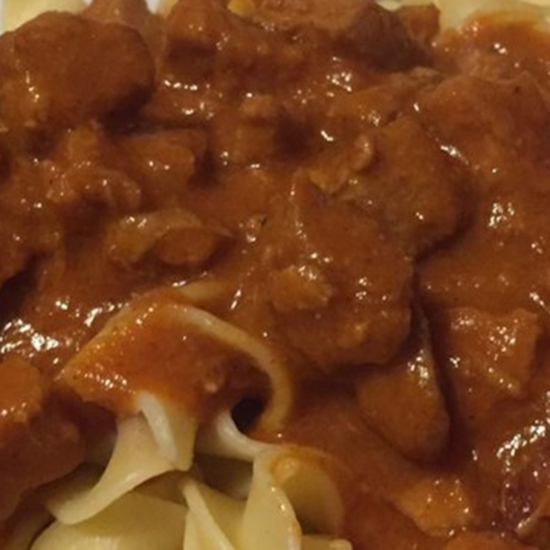 As the fall temperatures start to creep in you can warm up with this amazing home-cooked meal. Hungarian Stew is best made at home and warmed up in the truck however you’ll want to leave the sour cream out of the recipe adding it to your serving at meal time.

Serve over noodles, rice or just serve it up on its own.