Make your own Breakfast Burrito Kit 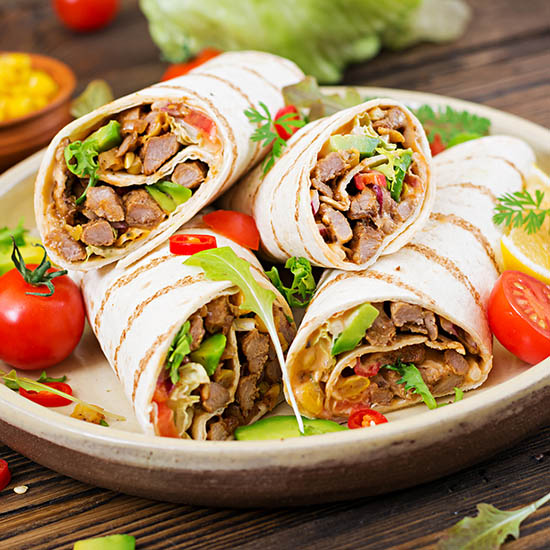 Make your own breakfast burrito kit for a fast and awesome breakfast in the morning. Cook the filling at home and freeze in individual servings. Thaw the night before you’re going to use it and then heat it in the morning and warm up a tortilla.

Start your day with a great breakfast!

2. While the vegetables are cooking, beat the eggs in a bowl with the half-and-half, seasoned salt, hot sauce, and black pepper.

3. Turn the skillet heat to low and pour in the egg mixture. Add the sausage and crumbled bacon. Slowly cook the eggs, using a wooden spatula to push them around the pan until they’re totally cooked through. Stir in the cheese until melted.

In the morning, warm the tortillas using your favorite method, and add some of the fillings to each. Top with salsa and grated cheese, then roll it up.