What Image are You Projecting? 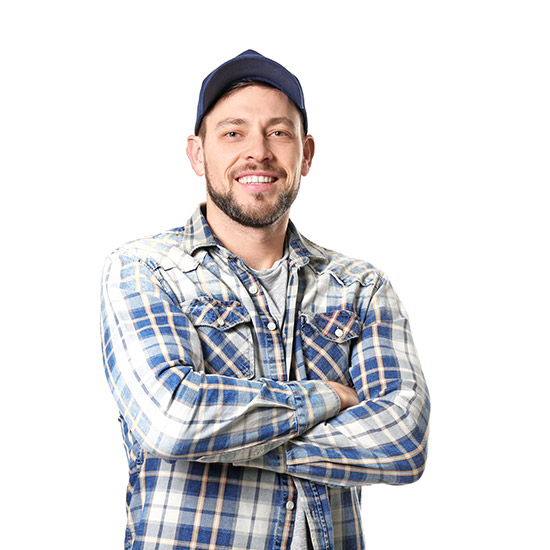 It’s kind of funny to think about, but image in the trucking industry is very important. In the grand scheme of things, considering all the tasks and responsibilities that fall upon a professional truck driver, you would think that image is the last thing that would be important while hauling freight down the road.

Image, in this case, the mental representation or the picture that appears in your mind when someone mentions a word, has formed and shaped a negative view of the trucking industry.

Just to set the tone of our article, what do you think of, or what mental image do you get when you read the word “driving”? You could imagine any number of things, such as the open road, or truck, or car, road trip, tires, steering wheel and so on.

Here is where the importance of image in the trucking industry lies, when you ask people what comes to mind or what mental image is painted when they think of the word “trucking” and “truck driver” a lot of negative associations come to light. From the random and limited sampling done for the purpose of this article, general responses included things such as dirty, dangerous, man, uneducated, rude, with few signs positive associations such as driving, semi, long-haul and road.

What’s interesting is that safety, professional, freight – the very nature of your job – never entered the conversation; and we even played the word association game with people within the industry. Now, we aren’t statisticians or survey analysists, and our sample size was small, but it does say something about the negative view of the industry.

The Cowboys of the Highway Image is Gone

It may be hard to imagine, or even remember when drivers were regarded as cowboys of the highway. During the late 70’s and well into the 80’s, the public was in awe of the skills processed by drivers, the intrigue of the culture that developed (trucker lingo and lifestyle), the envy of the freedom and independence that the open road seemed to process. Yes, there once was a time when truckers were regarded with respect and positivity.

Fast forward to the 90’s and the image of the trucker began to change. Along the way, the Cowboys turned into villains who were cheaters, thieves, dirty, uneducated slobs. What happened? It’s not like the industry was flooded by people who actually have these qualities. Perhaps the media played a large role in ending the professional reality for the excitement and drama of the limited few stereotypical drivers, or perhaps it was this portrayal of what life on the road was like that brought in the few bad apples. Or maybe it was the fast growth that saw a large infusion of new truckers enter the industry. The level of growth was so great, that the trucking culture, the very glue of the industry started to fall apart. Even the use of technology shares in the blame. Gone are the days of the CB, taking with it the lingo and comradery or brotherhood, if you will, of the industry.

The New Trucker Stereotype is not Flattering

While we may never be able to pinpoint what exactly happened to the positive view truckers were once regarded with, we can be certain that the current stereotype is not flattering, nor does it actually portray the reality of trucking or truck drivers.

Just like in every life situation, any industry, or job, there are a few bad apples in this industry. Ones whose physical and intellectual characteristics fit this negative stereotype to a T. Although these drivers are the few and far between, they are often the ones that come to mind when non-drivers think of the industry. It doesn’t help that the media is still doing its fair share to drag the industry down, taking what is a safe, reliable and honest group of hard-working individuals and painting them with one brush, often a dangerous one.

The reality of the situation is that trucking and truck drivers are safe, reliable, hardworking, professional, educated, family oriented, skilled, independent, self-reliant, and so much more.

How Does Your Image Contribute to the Overall Industry Image?

For those of us employed in the trucking industry, image is important. Together, we represent and create the mental pictures and associations within the public’s eye. The people we know and interact with on a daily basis will form their opinions of the industry based on you and how you present yourself to them. The image you leave them with is the one they will associate with your profession.

It may not be fair, but it’s the way our minds work.

This is not limited to the loading dock doors, or even the customs brokers you deal with. This goes far beyond the trucking industry and well into your regular life. If you show up at the gas station to fuel your personal vehicle wearing sweatpants, having not showered in days, with crud on your sweater and an “I’m a trucker” bumper sticker on your car, guess what perception and association you are leaving behind.

How You Can Work Towards Setting a Positive Industry Image

Not to add additional responsibilities to your already substantial workload but resetting the industry image relies on the truckers. The good news is, if you already represent the realistic truck driver, you won’t have many changes to make.

Appearance forms the very basic image – take pride in yourself and even though life on the road is difficult, don’t be a dirty trucker who doesn’t worry about personal hygiene. Shower, brush your teeth, use deodorant, wear a cap to hide greasy hair on the days when showing just wasn’t a possibility. Don’t wear sweats and flip flops and crumpled holey shirts. Wear clothes that are comfortable yet present yourself in a professional work setting.

The right attitude takes us to the next level – when you don’t look like a dirty trucker, chances are you won’t act like on either. Be a positive person instead of constantly complaining and yelling about things that are just out of your control. If you want respect as a driver, you are going to have to be able to respect the people around you in everyday situations first. Be polite, be respectful, don’t wander off tantrums and flirt with the waitresses who are just trying to get through the day.

Like we said at the beginning, it’s funny how important these two things are in creating and projecting an image of the trucking industry. Don’t let your image contribute to the degrading stereotypes, instead use it to shine the light of positivity back onto the industry by presenting yourself as a professional, smart, educated, hardworking individual who happens to drive a truck.