Risks of Trucking Near Mexico 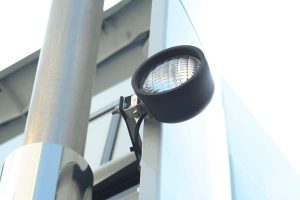 Several weeks ago we had a driver near the Mexican border. This is a regular run we have for a client. It’s a nice little run because it’s a drop-and-hook and then back up north.

Our driver switched trailers, at a secure facility, headed to the truck stop and scaled out the load. He was away from the truck for about ten minutes to pay for his scale ticket.

About an hour up the road he stopped at the American Customs check point. If you’ve ever travelled to the Mexican border the Americans have check points about 40 miles from the border checking north bound traffic. They’re looking for anything illegal coming from Mexico.

Unknown to our driver an illegal immigrant climbed up on top of his tractor and hid between the deflector and the sleeper.

As you can imagine, this didn’t go over so well at the check point. Fortunately US Customs had seen the individual on top of the truck. Our driver was released after almost 5 hours.

Unfortunately for our driver, who is a FAST driver, this incident counts as an arrest. He obviously wasn’t charged with any wrong doing, but when your job requires you to cross an international border regularly, an arrest now triggers full inspections when you arrive. It does seem unfair that a law abiding driver is the one who suffers from someone else’s criminal activity.

It is fortunate that the customs officers caught the individual on top of the truck. Usually when we switch trailers our drivers have plenty of hours to drive and will drive for a while before making any stops. When illegal’s ride on top of the trucks, to get past the check point, there’s usually a car who follows to retrieve them when the truck stops at a rest area or truck stop. If the truck doesn’t stop, they’ll try to pull the truck over – the danger in this scenario is obvious.

When travelling close to Mexico it’s important to take a few precautions.

As truck drivers we are exposed to risks wherever we go. Travelling close to the southern border has its own unique risks as any other place we go. We need to prepared and act according to the risks present.

As a simple rule – call the police if you see anything suspicious or illegal.