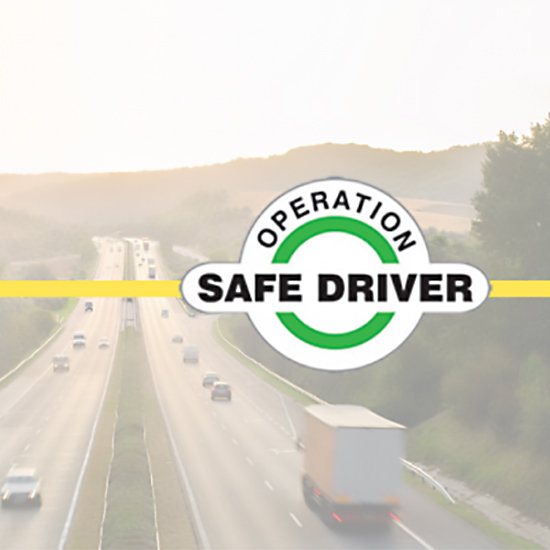 During last year’s 2019 Operation Safe Driver Week enforcement effort – 46,752 citations and 87,624 warnings were issued to both passenger vehicle and commercial vehicle drivers, according to the CVSA results.

CVSA selected speeding as the emphasis area for last year’s Operation Safe Driver Week. Speeding/violations of the basic speed law/driving too fast for conditions was the most cited violation last year with 17,556 total citations. Passenger vehicle drivers were issued 16,102 citations and 21,001 warnings, and CMV drivers received 1,454 citations and 2,126 warnings.

The CVSA has more concerns about speed on the highway, in the past few months, as the traffic volumes – and congestion – have plummeted due to pandemic lockdown.

“According to the Governors Highway Safety Association, less traffic may be encouraging some drivers to ignore traffic safety laws, including speed limits. Despite there being far fewer vehicles on the road due to COVID-19 stay-at-home orders, many jurisdictions are seeing a severe spike in speeding.

As the number of vehicles on roadways decreased in March and April, average speeds measured during the first week of April increased significantly in the five largest U.S. metropolitan areas. According to recent data, the average speed on interstate highways, state highways and expressways in those areas increased by as much as 75% compared to January and February.” The CVSA states on its website.

In addition to a focus on speeding, examples of other dangerous driver behaviours that law enforcement will track during Operation Safe Driver Week include distracted driving, failure to use a seatbelt, following too closely, improper lane change, reckless or aggressive driving, failure to obey traffic control devices, evidence of drunk or drugged driving, etc.