What to do When You’re Involved in an Accident 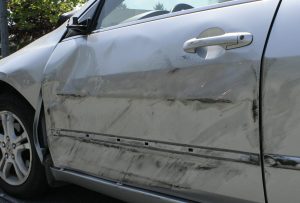 Given the amount of miles truck drivers run, the number of blind backs, poor docks, tight spots and job sites truckers have to deal with it’s not really a matter of “if” you have an accident, but when.

Knowing what to do and what not to do after you’ve been involved in an accident is very important.

Remain calm – depending on the severity of the accident you can experience a range of emotions: frustration, anger, sadness, anxiousness, guilt . . . Any one of these can make it difficult to remain calm. Keeping your emotions in check will keep you from exacerbating the situation.

Stop – Most drivers stop when the accident is severe; however, even minor accidents require you to stop and that is when people tend to leave the scene. Leaving the scene of an accident can have serious consequences. Once you leave the scene of an accident, the police will be involved. Leaving the scene carries heavy fines, will go on your driver’s record, and will negatively affect the safety profile of your company.

There have been instances when a truck driver unknowingly and accidentally took out a stop sign while make a hard right turn; he was pulled over a block away and ticketed for leaving the scene of an accident. Another example and probably more common is accidentally backing into or hitting a parked car in tight lots and during blind backs. It is not always possible to find the owner of the vehicle, but you are still responsible for reporting it to your company and leaving a note with the appropriate information.

If your vehicle comes into contact with something it shouldn’t – STOP.

Get help – when other vehicles and people are involved in a potentially serious accident, call 911 as soon as possible. Do not assume that someone else has already made the call. If you’re in a no service area get on the CB and radio other drivers to see if they can offer assistance with this.

Secure the scene – if you’re involved in an accident on the roadways remember to secure the scene. Put out your reflectors as soon as possible to warn other motorists of the accident ahead.

Notify your company – phoning your Safety Manager can help, a lot. In a major accident, your company representative can help keep you calm and help you through the next steps. The same is true for minor accidents. The key here is to let your company know what has happened. Some drivers try to hide minor fender benders, but scratches, dents and dings on the truck or trailer will give you away in the long run. The only thing you accomplish by not reporting the incident right away is ruining the trust between you and your company.

Document the scene – take photos of the scene from all sides of the truck and any other vehicle involved. Get close ups of any damage or other important details and an overall shot of the scene. In addition to the photos, write down, in detail, what happened as soon as possible. Details may fade over time.

While it’s undesirable to have an accident, we know that it is impossible to avoid forever. When it happens make sure that you act professionally and be responsible. It is unacceptable for a driver to put themselves and their company at odds with the law in the process.