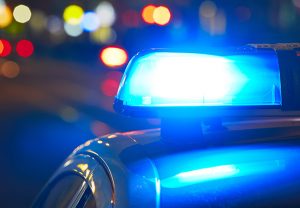 Here’s a list of five things drivers should never do at the scene of an accident:

Do not get argumentative or physical – picking a fight, verbal or physical, will only make a bad situation worse. If need be, remove yourself from the situation by staying in your vehicle until police or other mediators arrive on the scene.

Do not discuss the facts of the accident with anyone other than your company and the police – at the scene of an accident, it may be impossible to know who you are talking to. While an innocent bystander may simply be curious about what happened, you could just as easily be speaking with an ambulance chaser. In some cases, unsuspecting drivers have spoken to attorneys who have approached drivers under the guise of being from their insurance company.

Do not admit to liability at the scene or volunteer to make payments – while it may be human nature to want to say “sorry” when something goes wrong, it is important to know that that saying it can be twisted by a prosecutor into an admission of guilt. While you may very well feel bad, even if you are not the direct cause, avoid saying sorry. The only way to determine who’s at fault is for a full investigation to take place. Let the experts determine where the liability falls based on the facts, not a simple phrase.

Do not delay reporting an accident – no matter how minor it may seem, reporting accidents quickly helps you prepare to respond. Days, hours and even minutes can matter when it comes to collecting evidence and gathering testimony. Even minor fender benders should be reported right away.