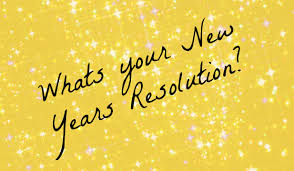 2015 is just a few short days away and as we get ready to ring in the New Year many of us begin reflecting on what we have done in the past year and start to make plans for the future. Of course this leads into creating the ever exciting, determination of setting and keeping New Year’s Resolutions.

Instead of giving you a list of ways to help keep your resolutions this year, we thought it would be more fun to share some facts, history, and insights into the process and tradition of setting New Year’s Resolutions.

Where Did it all Start?

Setting New Year’s resolutions is believed to go as far back as Babylonian times. Babylonians held semi-annual festivals around the spring and autumn equinoxes and marked the beginning of a New Year by paying off debts and returning borrowed goods. However, it was Julius Caesar who started the tradition of making resolutions on January 1st as a way to honor the Roman mythical god Janus, whose two faces allowed him to look back into the past year and forward to the new year. Romans mostly made morality-based resolutions, such as seeking forgiveness from their enemies.

The Most Popular Resolutions

Year after year the most common New Year’s Resolutions people set are: lose weight, volunteer to help others, quit smoking, get a better education, get a better job, save money, get fit, eat healthy, manage stress, manage debt, take a trip, and drink less alcohol.

When setting your resolutions, you are not alone. 68% of the Canadian population is there with you determined to make changes to their lives. Because we are creatures of habits, and habits are hard to break, only 14% of us will keep our New Year’s Resolution for the whole year. 19% of people will give up on their resolution in the first 24 hours; 15% within a week and 52% have given up by the end of February.