Don’t Miss a Thing – Trucking News Round Up 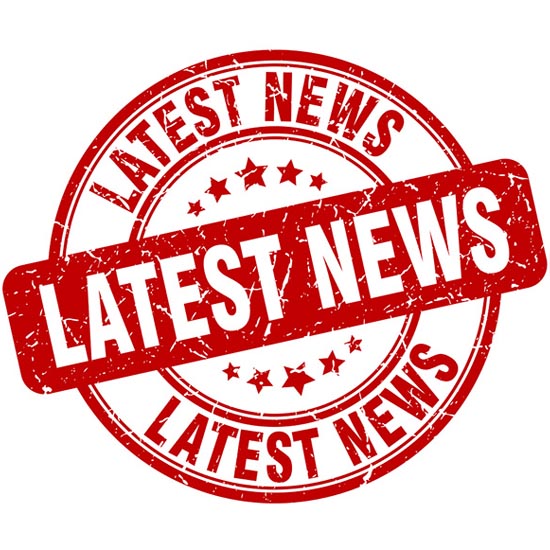 Busy times in trucking! The economy is reopening in most places and freight volumes are increasing. That’s great news over-all. However with COVID surging in some places the future has plenty of uncertainty.

In trucking, we make hay when the sun shines. But as some normalcy returns we start to see some familiar things getting more ink in trucking. Inspection blitz, HOS news, and infrastructure have been making headlines.

So let’s catch up on some industry news in case you missed something important.

The latest bid for a Thunder Bay truck route is blocked – Thunder Bay City Council has voted 7-6 to defeat the latest effort to introduce a designated truck route, allowing trucks to continue accessing Dawson Road and Arthur Streets to bypass the city core.

Here’s a list of 9 traffic enforcement efforts that are starting soon – As summer heats up, so will law enforcement radar guns as numerous agencies are planning enforcement campaigns.

Toughest 15 (plus 2) states for moving violations ahead of enforcement blitz kicking off July 12 – Since 2016, moving violations’ share has crept higher every single calendar. That continues something of a long-running trend nationally, though equipment-related violations still account for the lion’s share of violations with a national average of 75.8%, given longstanding practice among many states and, of course, the myriad of things that can go wrong with a truck.

Study reveals the wild ways drivers are getting distracted — that isn’t texting – In a new survey, U.S. drivers admitted to some jaw-dropping distracted driving behaviours that they performed behind the wheel.

How new HOS rules can help truckers improve safety – The new federal hours of service (HOS) rules have the potential to advance highway safety though better fatigue management. However, we must recognize that any regulation, no matter how well-intended, merely establishes the minimum needed to squeak by. To achieve real results, trucking companies and professional drivers must look beyond compliance to the behaviours that truly drive safety.

FMCSA expects no delay in hours-of-service effective date – Top officials at the Federal Motor Carrier Safety Administration (FMCSA) are confident that the hours-of-service (HOS) final rule will go into force on Sept. 29 as planned.

FMCSA Says Congress Can’t Make Them Delay HOS Changes, Expects Rollout To Proceed As Planned – The highway funding bill that’s making its way through Congress has a provision that would delay the implementation of the HOS reform rules by up to 18 months. Officials at the FMCSA don’t seem concerned, however. They say that HOS reform isn’t subject to Congressional approval.

Drivers Use Apps, Social Media to Stay Connected With Family, Friends – As an over-the-road professional driver, Glenna Willis can’t be physically present at her husband’s occupational and speech therapy appointments as he recovers from health issues, but she still can take part in them. Willis, who hauls freight for Tri-State Expedited out of Perrysburg, Ohio, connects with her husband and his therapists via Google Duo, a video chat mobile app, during her 30-minute breaks.

5 ways to cheat the heat with Summer’s arrival – Last month saw some scorching temperatures even in locations that are used to hot weather. California, Texas, and Arizona all saw week-long stretches of temperatures in triple digits and at least 10 degrees above normal. Even parts of the upper Midwest and the Northeast saw days when the mercury passed 90 degrees and humidity hovered over 90 percent.

Truck Driver Lost 72 LBS – Here’s How He Did It – A truck driver who went in for his DOT physical was told that he was pre-diabetic, had high blood pressure and his liver enzymes were elevated. He knew he needed to do something if he wanted to hold onto his med card.

Randall Salyer said he hearing the DOT doctor’s diagnosis was the deciding factor on getting serious about his health.

“As a truck driver, I led a sedentary lifestyle. Pair that with a diet full of fast food, red meat, and processed foods, and it all led to many health issues. I had been eating like a teenager for almost 30 years,” Sayler said.

Worried about Congress toppling hours of service reforms? Don’t be, here’s why – The prospect of Congress snapping its fingers and toppling two years of regulatory work by FMCSA, and the years of work by truckers and other stakeholders that it took to achieve those hours-of-service reforms, is likely frustrating and angering for many in the industry, especially owner-operators who’ve long claimed the current HOS regs are too rigid.

However, despite that rightful cause for concern, the odds that the Invest in America bill will affect the new hour’s rule are slim, at best.

‘Alarmed:’ Health critic calls for more data on COVID-19 in the trucking industry – The federal NDP health critic says he is greatly concerned that there is no tracking of COVID-19 infections in long-haul truckers who are travelling back and forth across the United States border.

“I think Canadians should be not only concerned but alarmed,” said Don Davies, member of Parliament for Vancouver Kingsway.

As truck stop restaurants reopen, will drivers pull up a seat? – “You’d never in the regular course of business, without something like COVID, shut down your restaurants and then try to reopen them in a different way,” said Jon Pertchik, CEO of TravelCenters of America (NASDAQ: TA). “It’s given us an opportunity, if you want to look for a silver lining, to really test ourselves.”

With more than 265 travel plazas in 44 states and Canada, all subject to different local and state guidelines for reopening, TA is operating at 25% to 50% occupancy, with tables separated by 6 feet or more and every other booth available for seating. Disinfecting and cleaning regimens are in place.