Increasing Roadway Safety: What is it Going to Take? 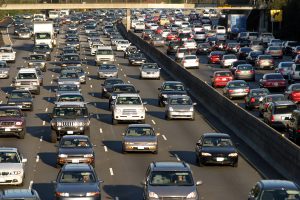 According to the National Safety Council, more than 38,000 people were killed and 4.4 million were seriously injured in motor vehicle crashes on U.S. roads in 2015. These figures are 8% higher than 2014 and has made 2015 the deadliest driving year since 2008.

Despite decades of vehicle design improvements and traffic safety advancements, driving a car is one of the riskiest activities any of us undertake, yet we do it daily, almost without thought.

The three biggest causes of roadway fatalities are very avoidable and completely controllable. Fatalities, where alcohol, speeding, and distracted driving were deemed the cause of the accident, made up 86.6% of the 2015 stats. Nearly 33,000 lives were lost on U.S. roadways in 2015 alone because of these three poor driving choices. It’s a disgusting figure, isn’t it?

What’s it Going to Take to Make our Roadways Safer?

Until technological advances in vehicle design become mainstream – where we are all driving safe, autonomous vehicles – we will have to rely on taking responsibility for our own actions; reinforcing and correcting behaviour with education and fines.

New Jersey is making headlines this week with “An $800 Fine For Drinking Coffee While Driving?!” While this makes a great headline, the proposed law goes far beyond drinking coffee while driving in a blanketed attempt to put an end to distracted driving. The legislation would prohibit any activity unrelated to the actual operation of a motor vehicle in a manner that interferes with the safe operation of the vehicle on a public road or highway. The terminology for the new legislation has been left deliberately vague so that the law would not have to be changed every time a new technology comes on the market. However, this catch-all blanketed approach has critics wondering just how hard law enforcement officers will go to crack down on distracted driving. Is this a wonderful design to generate more income for the state or has the public’s disregard for roadway safety actually led us to this point of enforcement?

The FMCSA has launched an educational campaign “Our Roads, Our Responsibility” in an attempt to further educate four wheelers about driving safely around commercial motor vehicles. This campaign focuses on educating the public about some simple adjustments in driving behaviours that can help all drivers keep the roadways as safe as possible. There is information on “No Zones”, Passing Safety and stopping distances, just to name a few. The information in this campaign will benefit everyone. The site encourages everyone to help spread the word by sharing the information across your social media platforms.