Know the Signs of Impaired Drivers on the Roads 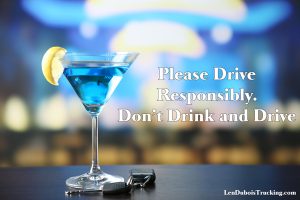 New Year’s Eve is a time to ring in the new year and celebrate all that we have done and all that we will do. Unfortunately it is also one of the deadliest nights on the road. While the majority of people will make the right choice to not get behind the wheel impaired, there are those who won’t.

Seasoned driver’s generally choose to shut down early to avoid the dangerous driving conditions these driver cause. However, if you are heading down the highway and encounter an impaired driver there are things you can do to help keep yourself and other’s from being seriously harmed.

Some of these signs are more obvious than others, but it probably won’t take you long to determine if someone has just had a momentary lapse in driving ability or is driving impaired.

What to Do if You See a Drunk Driver