What’s up – Why do Truckers Do… 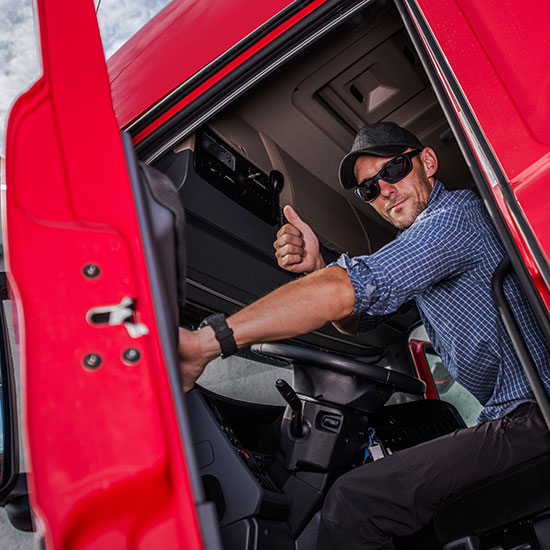 Why Do Truckers Do That

These questions are generally asked in good faith and from a point of wanting to better understand what they don’t know.

Today we’ll go through some good questions about certain things that truckers do while going down the road.

Why Don’t Truckers Move Over When I’m Merging On To The Freeway?

First off, we see you and knew you were going to merge well in advance. Truck drivers look far ahead to anticipate changes in traffic flow.

So why don’t trucks move over? Depending on what’s happening around the truck it might not be safe to move over. Solid traffic on the left side of the truck will prevent the driver from moving over. In this case, the truck driver should hold their speed allowing you to adjust your speed to merge safely in front or behind the truck.

The other reason is they don’t want traffic on their right side. The right side of a truck has blind spots. Other vehicles will fill in that room and sit in that area trapping us in the left lane. It’s frustrating to move over for a merging car, only to have them sit beside us and not let us back over to the right lane. Truck drivers drive defensively and we always want to be in a position where we are less likely to need to take evasive action.

Why Do Truck Drivers Sit in the Left Lane?

The two most common scenarios are when a truck is seemingly just cruising in the left lane and the other is when they hold the left lane after passing.

If the truck is seemingly cruising in the left lane, start looking ahead. There’s likely an emergency vehicle ahead or something else happening where the driver doesn’t want to be in the right lane.

Other reasons can be a construction zone, a broken-down vehicle on the shoulder, or debris in the lane. Truckers will move over as soon as possible.

If the truck has passed another vehicle, then the driver could be giving a lot of space before coming back over. The driver may also decide to pass a slower vehicle ahead. The driver may consider it safer to hold the left lane instead of making several lane changes if they’re going to pass multiple vehicles spaced a little far apart.

In either case, don’t pass them on the right. Other vehicles will often follow your lead and pass on the right too. This can trap the truck in the left lane or you’ll end up slowing down when you approach the other vehicle the trucker is going to pass.

Why Do Trucks Take Up Both Lanes Travelling Beside Each Other?

This is annoying for everyone, including the truck drivers involved. Almost all the big trucks on the road have speed limiters governing their top speed between 60-65MPH. It takes a while to pass when a truck can only go 2 or 3 MPH faster than the truck they’re passing.

If the highway becomes inclined during the truck overtaking a slower vehicle, the truck speed can drop. Again, annoying for everyone.

Truckers try to be courteous while going down the road. We have clocks ticking and big trucks are very different than 4 wheelers. The things truck drivers do on the road is based on safety and practical realities of operating a large vehicle.

A good rule of thumb for 4 wheelers is to give trucks some space and don’t try to force your way around them.